I’ve been a mom since I was 21 and married a man with a five-year-old son. That was 45 years ago. I can tell you it has brought me some of the best and some of the worst moments of my life. Today, as I prepare to run out the door and spend about 4 hours with my youngest daughter, Jill and to have some girl time – I thought I’d post some things I wrote back in 2001.

When I became a natural mom years ago, I had no idea of the height of joys and depths of despair that I would face as a mother. From sports championships to teenage pregnancy – from warm and fuzzy Christmas mornings to visits to federal prison – my journey of motherhood has been memorable.  In 1973, I became a mother for the first time when I married a man with a five-year-old son. My first daughter Jamie was born in 1977 and my second daughter, Jill was born in 1980. In 1996, we received a most unexpected gift which I will share with you in the story below.

If you are in a season of celebration as a mother, praise God for His goodness. If you are in a season of trials, praise God for His faithfulness. Pray your knees off and lean into God. I can tell you from personal experience, He is in the relationship business. He calls us to love our children – even if that means only connecting through a small glass window.  Today, I am best friends with my adult daughters and “Nonni” to the my grandchildren.

Seventeen years ago, I wrote the story below and thought this Mother’s Day weekend would be a great time to release it again. I hope it gives you a small dose of encouragement as you celebrate motherhood – being or having a mom.

I would have never guessed that at 49 years old that my life would be filled with Tonka trucks, toy soldiers, grimy fingers and muddy little sneakers. I hated to admit it, but five years ago I was eagerly anticipating an empty nest.  The previous years raising two teenage daughters had taken a toll. Jamie, our oldest daughter had graduated from high school and was still trying to decide on a career path. Jill was a high school sophomore; a little too intellectual for her own good –questioning everything and rationalizing every poor choice to fit her need of the moment. If only I had known. It’s too late for that now. Let me just get on with my story.

But, before I do, I’d like to ask you young mothers a question. When you look into the face of your darling little toddler or pre-school child, what do you see for their future? Do pictures of joyful years in high school or college play across your mind? Do you imagine who they will marry or what grand things they will achieve?

A picture of Jill blowing out her candles on her fourth birthday is etched indelibly in my memories of her childhood. Her long curly hair falling over her shoulders, her little cheeks puffed out as she determinedly attempted to blow out all four candles at once. It was such a sweet memory. And, it was the one that popped into my mind only moments after she shared the most devastating news of her fifteen years … “Mom, I’m pregnant.”

Have you ever wondered what you would think or do at a moment like that? You’ll probably surprise yourself. I saw that picture of Jill in my head and wondered, “What would I have done differently if I’d known my little girl would be pregnant by the time she was fifteen?

The weeks and months that followed are now some of my fondest memories with Jill. We shopped for maternity clothes. I drove her each day to a special high school program for pregnant teens. We collected receiving blankets, diapers and every piece of Winnie the Pooh paraphernalia we spotted in malls across the county.

One night, we spent over five hours on the floor of the nursery trying to put a crib together. Jill finally insisted on reading the assembly instructions when our third attempt resulted in another failure. We laughed and inside bittersweet tears cut my heart. Why did it take this to bring us so close again?

Early on I made a decision. I would be grandmother (Nani was the name I chose) only. Jill had decided to keep her baby and the child would be her responsibility. We would provide Jill and her child a home and the necessities to live comfortably. Beyond that, I would give her the same level of support I would give a married daughter living away from home when it came to the direct care of her child. No more, no less.

Jesse Thomas arrived on the scene on September 19, 1996. All of our lives changed forever. Jill took on her new role with more determination and personal responsibility than I could ever have imagined. Baths, feedings, doctor’s visits and burping filled most of her waking hours. And, at 14 days old, Jesse attended high school for the first time. (I knew my grandchild would be a high achiever!) Okay, so it was only the daycare at the high school. I was so proud of both mother and child.

The weeks wore on and Jill wore down. I could see the grueling schedule and reality of life pulling her down. There were no uninterrupted nights of rest. There were no days of freedom, friends and fun. There were simply no free moments. The reality of motherhood hits us all no matter what age. At fifteen, the impact is dramatic. “This is it…this is my life.” I could see it in her eyes. She never said a word. Week after week, I watched Jill sink into an unspoken depression.

A look back
Jill was almost five when I remarried. My divorce a year earlier had been exceptionally hard on my older daughter, Jamie. Jill reacted more to her sister’s emotional ups and downs than the separation from seeing her dad on a regular basis.

My new husband, Lew and I decided not to have children together. The girls needed our undivided attention. As I approached my fortieth birthday, we had a moment of doubt. Did we miss an important opportunity? The good thing about vasectomies is that they don’t allow you to charge ahead emotionally without a complete and well thought out plan. A reversal is not a simple orcomfortable procedure. And so, we laughed that a baby in our future could only happen through an immaculate conception.

She chose love
Ha! I don’t consider my teenage daughter an immaculate conception. But, God does have a great sense of humor. In January of 1997, God laid an awesome and loving burden on our hearts to adopt Jesse. As I watched Jill sinking into the reality of her new life, God transformed our very souls to warmly embrace Jesse as our child. And that month, Jill made the second most important decision of her life. She chose love.

People will tell you their opinions; even when you don’t ask; even when you don’t want them. The only opinion we wanted was God’s. What did He want for Jesse? What did He want for Jill? Jesse needed security and stability. Jill needed hope and a future. We had the love and means to provide both. Our only caveat was “All or Nothing”. No guardianship would do. Adoption or nothing…no turning back.

I notice there’s a little sticky candy or jelly on my computer keyboard and about 25 toy cars behind my rolling chair. Crunch…oops 24. (He shouldn’t miss that one). Jesse is truly the joy of our lives. Lew (Papa) is his hero. They do “man things” every Saturday like chew gum, burp and go to the “tool” store.

“Mama,” as Jesse calls Jill, visits about once a week. Her role is more like a sister or aunt. He calls her “Mama” because we didn’t want him to realize at seven or eight years old that his sister is really his mother. Slowly, he’s starting to process things. He realizes that his family is a little different. The other kids at preschool call their parents “Mommy and Daddy”. He calls us Nonni and Papa. (Note: At age five, he chose “Mom and Dad” as our new names…no discussion…just a smooth and uncomplicated transition instituted by a deeply secure little boy.)

God assures us “all is well” when Jesse hops between us and grabs both Lew and I affectionately by our necks; his little cheeks pressed into ours and says, “We’re a family!”  Who would know that a dirty faced little boy could bring so much joy to a menopausal, superwoman’s life? I am so thankful that my daughter chose life…I am so grateful that she also chose the sacrifice of love. 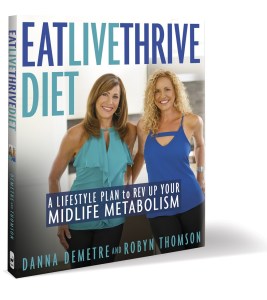 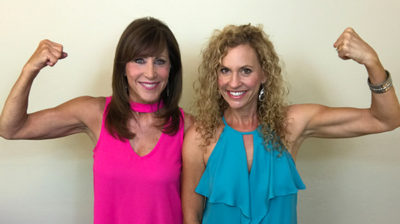 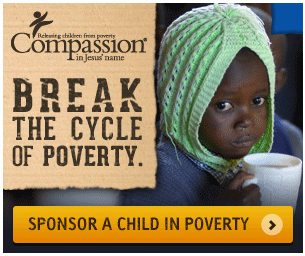